Many people are happy to say goodbye to 2012 and look forward to a better year for jobseekers and employers alike. The Federal Reserve predicts our economy will improve slightly in 2013 (about 2 – 2/5% according to Kiplinger and CNN). 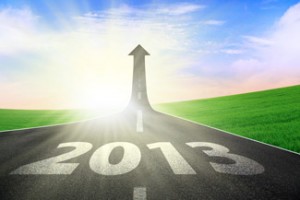 Hurricane Sandy took center stage for weeks in October and left a trail of devastation for thousands in the northeast. And while the contentious election cycle is over, the latest crisis is the “fiscal cliff” our country faces (who decided on that term, anyway?). The Congressional Budget Office has predicted that our long-term debt and additional taxes will send the economy into a recessional spin.

The employment picture in the Metropolitan DC area is decidedly mixed. Our area is fortunate to be more stable than many, but we still see the continued downsizing of law firms, non-profits, and some corporations reaching for a better bottom line (Living Social is just one example). We know many companies are sitting on their cash following a year of improved earnings, but they are going to pay early dividends to help shareholders avoid an increased tax bite scheduled to start in January. So, what should we expect in the employment picture?

Hire Standard sees an unpredictable year ahead with a slow recovery containing a few bright spots illuminating the uncertainty. The economy is showing some improvement, but not enough to spark significant hiring. Employers have confided their concerns about new regulations governing benefits – especially health care— and some are taking a “wait and see” attitude. Those companies who have critical positions open are often opting for part-time employees instead of full-time hires, and utilizing temporary or contract staff only on an as-needed basis. Employers are waiting longer to hire and taking a more circuitous route to decision-making, with wish lists for potential employees that can be discouraging to skilled candidates who are motivated to work.

But there is some good news!  Some sectors will grow, including health delivery, energy companies (particularly oil and gas), real estate management, and technology. Many employers will use online recruiting tools, but will be overwhelmed by the number of responses and will turn to staffing firms to conduct laser-fine searches for them.  Technology development will be in great demand and viable software skills a must for every candidate and employee. While government jobs remain attractive to many, the new hires who replace retirees will get lower salaries and the Federal and State governments will continue to outsource many positions.

Our advice to employers and job seekers alike is simple: REMAIN FLEXIBLE. Your openness to possibilities will ensure you make the most of a dynamic, changing market. Expect the unexpected, make and keep your commitment to excellence, and forget ahead into this exciting New Year.