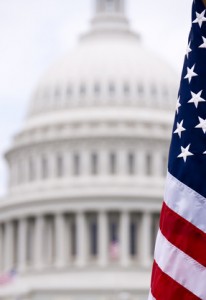 In March 2012, Forbes reported that Washington, D.C. was one city that had emerged relatively unscathed from the recent recession and had been buoyed economically by federal spending. The federal government accounts for one-third of the area’s economy and is the area’s largest employer. However, the effects of recent fiscal cuts and sequestration by the federal government are reflected in the latest labor statistics. Will the recent government shutdown have a long-lasting impact on the area’s economy? Only time will truly tell.

The Washington Post reports that the visible signs of a vibrant economy, such as cranes and construction for new condos and new housing, are hiding a struggling local labor market. The latest statistics from the U.S. Bureau of Labor reflect a decrease of 3.3 percent in government employment over the last 12 months. Employment statistics for the District, unlike the metropolitan area as a whole, are affected more by government cutbacks and, according to the Washington Post, the district lost approximately 2,600 jobs, whereas the metropolitan area gained 30,000. Here are some other trends of interest to local businesses and job seekers:

Despite government cutbacks there is still a large employment market in the DC area and certain sectors are exhibiting growth.

Hire Standard Staffing understands the local economy, both within the District and the metropolitan area. View the current jobs available and the growing industry sectors in need of skilled staff. Have a question? Contact us today!